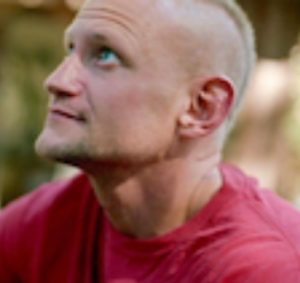 Brian Keith – Cosmic Conundrum, An Inconvenient Truth of Evolution
Friday, January 17, 7 pm, EST — No recording permitted, live talk only.
Do NOT register for this event unless you can sign-in at the actual event time! This speaker has asked that there be no recordings.

Brian Keith was an Executive Banker for Wells Fargo, overseeing credit card operations in 5 states. After acquiring additional education, Brian moved to North Carolina and began to work as a forensic engineer. But Brian, perhaps because of the proximity of his second NDE in 2015, or perhaps because he’s had more than one NDE, will not sound like his previous career, although he certainly can be precise and focused. A major difference would be that the radiance Brian emanates as he talks about his most recent NDE would fill any room.

Brian’s 1st NDE, which he heard about from his father, occurred during childbirth. His father said he was only “half out” of his mother when the attending doctor had to leave for an emergency. He returned 40 minutes later, discovered Brian could not breathe and began resuscitation. This probably was the cause of numerous problems Brian had throughout his childhood, because he could “see” into the spiritual, and he talked about what he saw. Brian still remembers how at the age of 4 he described to a school mate the past life memories Brian could somehow see manifesting next to his friend. The painful consequences from his school system, as well as family and friends, from this, and other incidents like it, led Brian to shut down his spiritual awareness, which he succeeded in doing for decades. Focusing on achievement on the material plane Brian sped through college, and after leaving Wells Fargo, created a forensic engineering company.

Brian’s description of the tragic traffic disaster on the evening of Feb 16, 2015 in Charlotte NC, and his selfless acts to save lives as cars continued to pile up, is incredible. After he was eventually taken out by a car, and found himself looking down on the wrecks, Brian said it felt like he was “waking up from a dream.” This is the beginning of his NDE account which will include his:

(1) being made aware of the tens of thousands of other planets with life like ours, but different.
(2) discovering that our thoughts and emotions indeed affect the entire Cosmos, but are far more impactful than we understand.
(3) being given the option to change or not change things he had said or done as he experienced them during his life review, and the consequences of doing that.

These are a few of the many things Brian will share as he opens up about this NDE. And then there’s what happened after that NDE. Although Brian is still involved with his forensic engineering company, his 2nd NDE reopened doors to the spiritual. He now begins each day by meditatively expressing hours of unconditional love to the Cosmos. He also leads a meditational group of 40 people in a related practice.

Brian is a very inspiring and fun person to talk with. Please join us as we collectively step away from some of our outmoded understandings of reality and expand our consciousness a bit further. There will be a thought provoking entertainment component in the beginning and at the end of the meeting. This is our last chance to see Brian for awhile before he leaves to return to the islands very soon.

ISGO registrants can join the live event online in listen-only webinar mode with Q&A text access. However, if you miss the live broadcast, as an ISGO registrant you will receive a link to watch the recording of the event at your leisure. The recording will be loaded to the IANDS access site within a couple days after the live event finishes when an email with link is sent.