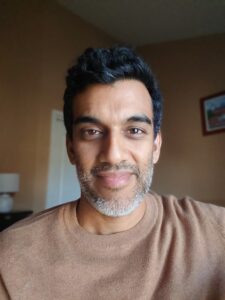 You’ve heard the buzzwords: consciousness, self, reincarnation, entanglement, quantum physics, mind-body, alternate dimensions, and so on. If you’re curious, you likely suspect that there is some degree of reality and some cogent story that may tie all this together with your direct experience.

I felt the same way. I’ve been exploring the relationship between consciousness and world in some way since I was a kid, yet I could never find a complete story or framework that touched on all aspects of my experience, whether philosophical, scientific, mystical, or otherwise.

So I created one. In this session, I’ll talk a little about my own experience and then turn the focus to a trans-disciplinary framework by which we can make sense of experiences not well understood by science. My goal is to bring the wonder, beauty, design, and breadth of this reality right into the palm of your hand. 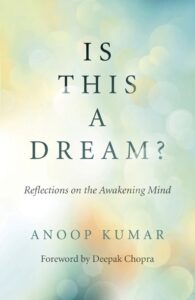 Enjoys exploring and communicating about the intersection of consciousness and everything else. He is an emergency physician, public speaker, author of Michelangelo’s Medicine and Is This a Dream?, and a columnist for Emergency Medicine News.

Anoop spent time in India and the United States as a child, and grew to appreciate the differences between these cultures. He inadvertently began developing a framework for these differences when his parents exposed him to avaita vendanta*, which soon became his playground. Against this backdrop, school seemed to be lacking something critical – in depth knowledge of the nature of being human. While in medical school, a shift occurred in how Anoop perceives self and world, a transition that he has codified in the Three Minds framework, a new framework describing how reality appears through different configurations of the mind. He has spent the last several years encouraging audiences to rethink consciousness through this framework and unveil a more fulfilling experience of life that also informs solutions to real-world problems.

Using the philosophy of non-duality as a framework, Anoop Kumar takes you on an exploration of identity, the core factor that is at the heart of not only spirituality, but also science, philosophy, religion, and every other facet of life, including washing the dishes on Saturday night after the guests leave.

But identity isn’t only about us. It also influences what we see of the world around us. What is this world, after all? How does it relate to who we are and how we experience the world? As we explore these questions, the falseness of the dichotomy of you and the world around you is exposed. We are now upon a time in which our perspectives on spirituality, science, philosophy, and religion have evolved enough to stand together in the glare of the spotlight as we ask the most practical of questions: What is the common truth among all these? How does it change my life right now? How does it change the world? Is This a Dream? includes a Foreword by Deepak Chopra. (14.95 on Amazon)

Advaita Vedānta is the oldest extant sub-school of Vedānta, which is one of the six orthodox (āstika) Hindu philosophies (darśana). Although its roots trace back to the 1st millennium BCE, the most prominent exponent of the Advaita Vedānta is considered by tradition to be the 8th century scholar Adi Shankara.