A video recording of this event is available: How Children are Cared for in Heaven - the NDE of Ken Leth 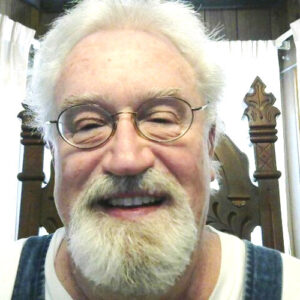 Ken Leth had a remarkable Near-Death Experience when he was 8 years old. Ken has also had many Out of Body Experiences, including memories of leaving his body at his own birth.

During his NDE he first found himself in a dark and isolating environment with several dark spirits, but then an angel came to rescue him. Upon entering the higher realm or ‘heaven,’ he was introduced to multiple relatives that passed before he was born. He then met a very loving woman, who taught him and gave him a tour of heaven, explaining to Ken how his family went back multiple generations. Ken asked about the future and was shown many future events in the United States. Later the woman introduced him to a person as “her son who is known on Earth as Jesus.” Ken wrote a book about his experiences called, “A Child Goes To Heaven.” 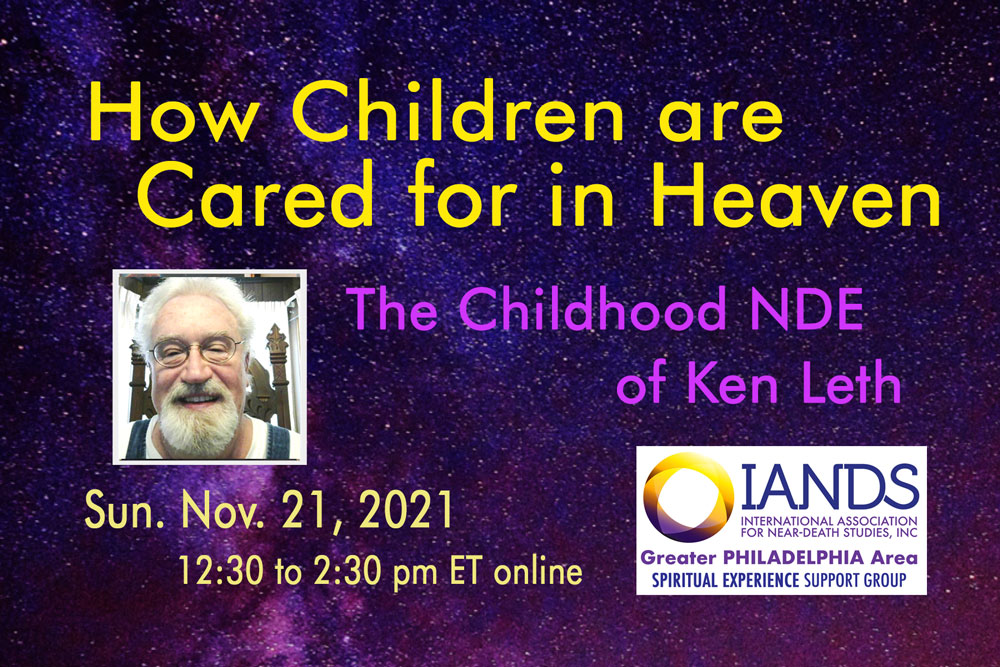