A video recording of this event is available: "Reckoning: Discoveries After a Traumatic Spiritual Experience" with Nancy Evans Bush, MA 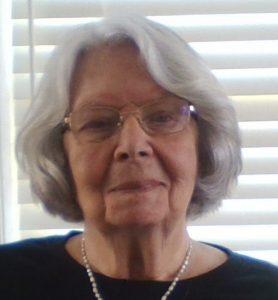 Formerly a teacher and nonprofit administrator, Nancy Evans Bush, MA, came to the International Association for Near-Death Studies in 1982–first as Executive Director, then long-term Board member and President, now go-to researcher on distressing near-death experiences. The author of Dancing Past the Dark: Distressing Near-Death Experiences and The Buddha in Hell: Perspectives on Distressing NDEs, she is now working on Book #3, about how integrating her own NDE led her to a new cosmology. The mother of three, grandmother of seven, and great-grand of two, she lives with her long-time partner beside a tidal marsh in coastal North Carolina, looking at birds and tides.

Production note: The original NEB webinar conducted on July 11 had significant audio problems that have now been resolved with Nancy acquiring a high-end headset with microphone. Plus, we will have practice sessions to make this a top-notch quality video and audio result. Those who paid for the original session will be given free access to this new event (previous attendees should enter the coupon code “neb0912” at checkout to be given credit for their original rsvp).  If you are not one of those previous attendees, please register now for what is to be an awesome event!

Four months after IANDS was incorporated in Connecticut in November of 1981, I was hired as Office Manager, its first paid staff person. Previously I had taught middle school English and French, been librarian for a major anthropological foundation and grant writer and research associate for one of the first pediatric nurse practitioner programs in the U.S., and served as Director of Client Services for a large Federal employment and training program. IANDS was something different. When the Association closed that office, I became a freelance technical writer so I could continue my work with distressing NDEs, and was soon back with IANDS as a member of the Board of Directors, then President. Around 2010, with Bruce Greyson’s prodding, I wrote Dancing Past the Dark: Distressing Near-Death Experiences, followed by The Buddha in Hell and Other Alarms. Book #3 is in process, still untitled; it is about how integrating my own NDE led to a new cosmology..

My bachelor’s degree in English is from SUNY-Albany, with a certificate in French from McGill University.   A few years after coming to IANDS, I did a Master’s in Pastoral Ministry from St. Joseph’s University so I could learn about mysticism.

My three children are adults, and there are seven grandchildren and two great-grands. My long-time partner and I live next to a salt marsh in coastal North Carolina.