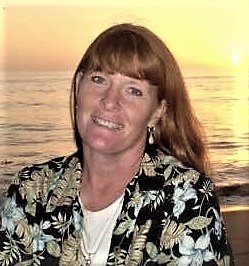 The Amazing Life of a Double-Dead Redhead 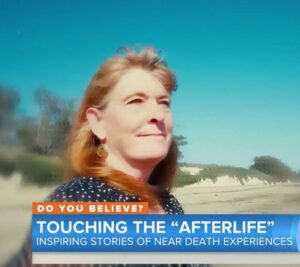 Founder and Group Leader of IANDS Santa Barbara, Barbara Bartolome will share the story about her 1987 near-death experience (NDE), at age 31, where she flatlined during a medical procedure and watched her resuscitation from a ceiling vantage point, while communicating to an incredible, loving entity who she deeply felt was God/The Creator. When she returned to her body, she shocked the neurosurgeon, orthopedic surgeon, and medical support team with the accurate details of what she’d seen and heard them doing during her cardiac arrest and subsequent resuscitation. At that time, very little information was available to help her discover more about experiences like hers, so she chose to not speak about her NDE again until after more than a dozen years had passed.
Barbara started assimilating her NDE and wanting to understand more about it after speaking to a nurse friend, then researching online and finding out that she wasn’t alone in experiencing an NDE. She discovered the NDERF.org website in 2007 and Barbara wrote up and submitted her NDE story for their archives, never guessing what a major opening that would bring to her life. About two years later, she was invited to the 2009 IANDS Conference in San Diego by NDERF Founder, Dr. Jeffrey Long. At that conference, having very little knowledge of NDEs and completely ignorant of their after-effects, a chance comment by one of the speakers set her upon a quest that would eventually provide a new, surprising NDE discovery for her and give her a much better understanding of the many amazing experiences that have occurred throughout her life!
Barbara founded the IANDS Santa Barbara group in August 2011 and, prior to the Covid pandemic, their in-person meetings and events routinely drew between 80-120 attendees each month. Barbara states that NDEs are opening up the world to the reality of non-local consciousness and she’s thrilled to be helping people learn that death is just a transition back “home” and that we all are here to be kind, love others, and to learn from and cherish all aspects of our life adventures while we’re here!
Barbara and her NDE have been featured on the NBC Today Show, and in the 2011 movie ‘Afterlife’, as well as in a film documentary by French Filmmaker Anthony Chene, which has currently garnered almost 770,000 views. She is featured in Guideposts’ new book ‘A Choir of Angels’, along with Kim Clark Sharp and two other NDErs experiences, in the 5th volume of the Witnessing Heaven series. Her NDE accounts have been featured in a variety of print articles including in U.S. News and World Report and The Sun (U.K.), and on a number of very popular podcasts, documentaries, TV, and radio shows. 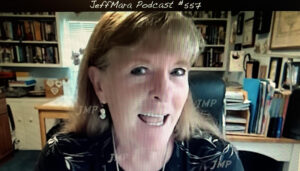 Barbara previously held a Department of Defense SECRET Clearance, when she worked for Hughes Aircraft in the 1980s. Both she and her husband, Victor, are now retired from the University of California, Santa Barbara (UCSB), where she was recognized as an Unsung Heroine, in 2000, for her volunteer work in the Santa Barbara community. She will be serving as the 2023-2025 President of the UCSB Retiree’s Association. Barbara was named Santa Barbara’s Businesswoman of the Year in 2004, for creating, opening, and operating a wonderful paper arts store in downtown Santa Barbara. Victor, her 7’0” tall, ex-Pro Basketball husband, and Barbara enjoy their five “tall and terrific” grown, successful, and happy kids, as well as sixteen “Adopted by Love” extra kids and two “Adopted by Love” granddaughters, located all over the world – many of whom lived with the Bartolome family at various times in their lives. Barbara loves finding ways to “make a difference” in her community… and far beyond it!