A video recording of this event is available: The In Between, A Trip of a Lifetime with Jim Bruton 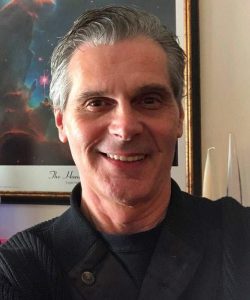 “A man who has accomplished most of his life goals here, also went to the other side to learn more.” Jim Bruton, Friday, Feb. 12 6 pm PST | 9 pm EST 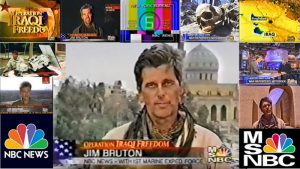 My life is one of realizing all my childhood dreams: I watched wildlife films and now have an Emmy from National Geographic; I read popular mechanics and loved science fiction, from which I figured out how to shrink a TV truck into a backpack, transmitting live video from all seven continents, Antarctica, the Titanic, and Mt. Everest; I love to travel and became a war journalist for NBC news; I fell in love with old airplanes and one day decided to build one: 8 years later I had faithfully reproduced a World War I fighter. 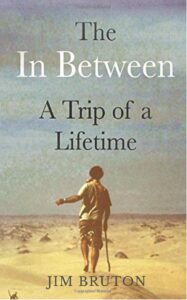 It was the second plane I built that was responsible for my NDE. On the second flight the engine quit and I crashed into a forest where I broke all my ribs, ruptured both lungs, damaged my lower spinal nerves, and so on. I was flown to the trauma center and placed into a week long coma, where for those seven days I left my body and went into the In Between.

Understood from both a quantum physics and a spiritual perspective, I was presented with an opportunity to change my future of choices by removing the ones bad for my spiritual growth (based on choices from the past); it was painful to be in this purgatory looking place, but with it was a merciful and loving gift.

Jim Bruton was flying a historical reproduction airplane in October 2016 when the engine quit and he crashed into a forest. After over 6 hours of surgeries, surgeons put Jim into a week long coma. That’s where his story really begins, as Jim went to a place he calls “The In Between”. Come hear about the incredible crash and NDE. Join us Friday, February 12th at 7:00 pm PST.

While filming African wildlife, Jim invented the satellite video phone for transmitting live war coverage, allowing live global streaming from any location on earth. He became a war correspondent in the Middle East for NBC news, reporting live from battle.