Multiple video recordings of this event are available: Come, Explore ... THE BOOK OF BURIED LETTERS, Reaching Beyond, Parallel Lives and Personal Mediumship with Maren Muter, The Story of Chocolate: How to absorb the variety of experiences in one person's life w/Maren Muter 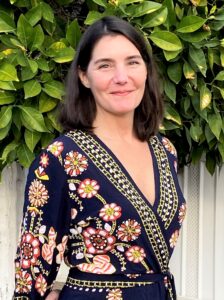 How to absorb the variety of experiences in one person’s life?
with Maren Muter and including “The Story of Chocolate”

The recording of this event is online at the following link…
The Story of Chocolate and so much more…
(If you are a subscriber, be sure to sign-in for the lowest price.)

There are just some life stories that do not fit into a single presentation. This is the situation for Maren Muter and this initial event is intended to give the broad-brush overview of her life that will be probed in greater detail in later ISGO events designed to cover:

Starting with, that as a child she had and still recalls pre-life, in utero, and infantile memories. The veridical nature of which are confirmed 48 years later in her life. Given up for adoption shortly after birth, Maren finds her birth mother and almost 5 decades later establishes the linkage for those early observations.

Having had three near-death experiences, one as a child at 3-years of age and two adult experiences, that were generated by a meditative practice that induced mortal death (heart stoppage) while her spiritual essence explored other realms and brought back knowledge beyond the comprehension of those she tried to communicate it to; including comprehensive discussions of quantum physics.

How having spiritual knowledge and perspectives from an incredibly young age, led to problems in traditional schooling — elementary through high school. Branded as learning disabled due to the lack of understanding  by her educators about the world she perceived, she exhibited problem solving skills and results that could only be described as miraculous, yet Maren will convey the normalcy of these abilities for all to exhibit if given the proper guidance. 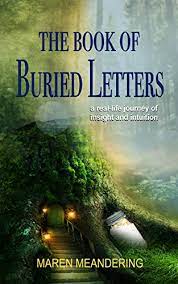 As if her spirit was over-zealous in the episodes planned for this life, a calamity of an epic nature followed when her oldest son died from suicide at the age of 22. Still in the parental siege that such grief brings, Maren will share the connections that are prevalent and available for those spiritually aware. Delving deeper into this topic in a later event, Maren will share the realism that all humans are connected to the possibility of “personal mediumship”; not as a theory but the perspective that everyone using the body as an electromagnetic medium can find access to ethereal signs validating this truth. 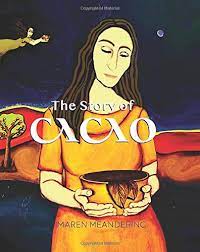 Well, believe it or not there is even more, but it should be clear that we are extremely privileged to have this presenter for this initial event to introduce a series of discussions that will enrich many on their journeys of discovery.

In Maren’s own words, “We all go through transitions or have times in our lives when the ability to ask questions, ponder thoughts or share reflection is needed. It could be needing to find the strength to stand after a loss, or a little kickstart in motivation!

Finding answers to the point and purpose of our lives has been at the core of hearts for centuries. Numerous quests, the hunt for clues, and the silent prayers are not isolated, but they are extraordinarily unique to our soul and our experiences.”

Join us as Maren talks about the specialness of chocolate and why you don’t necessarily need a medium to get signs from the other side of the veil.

After studying psychology and sociology, while delving into quantum theories, Maren has worked for 20 years as a solitary practitioner in the realm of metaphysics.  Among her accomplishments she has become a Metaphysician, a Certified Neuro-Linguistic Programming (NLP) practitioner, and is a master in EcoRegression and EcoMeditation. Currently, she offers services in motivational coaching combined with instruction in meditation. You can find out more at https://www.afterdeathcommunication.org/home.

When she is not busy with that, she is probably busy in the kitchen playing with chocolate. Learn more about that on her website at https://www.thatchocolate.com/.

Additionally, click on her book images above to go to Amazon to read about the book, read reviews, and/or buy one for your collection.