A video recording of this event is available: There and Back Again: An Extraordinary Journey Into Forever with Jose Hernandez 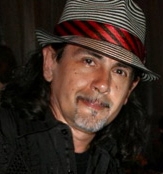 A Message of Hope and Inspiration for 2021 with Jose Hernandez and his art! 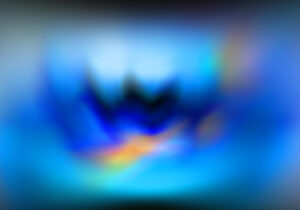 I would like to introduce everyone to the world of not only my near-death experience but of all the beauty that I saw which I now translate into art.  My experience of death was stunningly beautiful and filled with the essence of pure love and peace but at first it was traumatic.

This was because of my belief system, or rather, a lack thereof, and it made me truly struggle with the integration of my experience.  After years of therapy and denial, I was finally able to embrace and accept my NDE.  It was then that I began to recapture my experience through painting digitally and was able to bring into this life the color that I saw at Heaven’s Gate. 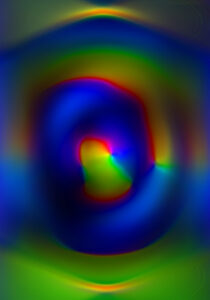 Before my experience I had never painted in my life and would struggle to paint simple stick figures.  Several years after I had my NDE I was compelled to paint the ‘living colors’ that I had seen on the other side.  I started to experiment and found that I could enter a ‘zone’ and so I began to paint until I was finally able to reproduce the living colors I had seen.  These paintings represent, not only to me, but to many that have my art, ‘what Heaven looks like’ or that they are a ‘Glimpse of Heaven’.

I was blessed years later with an opportunity to be in the docu-series ‘Surviving Death’ where I am featured in the first episode which focuses on near-death experiences. 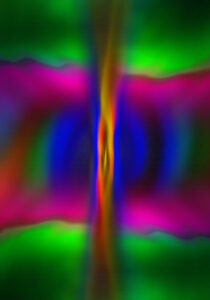 Jose was an electrical engineer, a self-described atheist and closed minded skeptic when, at age 46, after a minor accident at work, he was administered medication in the ER that he was severely allergic to. That mundane mistake changed Jose’s life completely as the damage to his lungs from the reaction to the medication became severe and he was brought back to the ER where he flat lined for a total of 5 minutes. There, he experienced a journey that shattered every belief in ‘science’ he had held dear.