A video recording of this event is available: Toward the Next Great Scientific Revolution 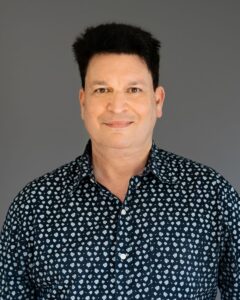 Several mainstream scientists still adopt a materialist stance toward nature. They believe that science is synonymous with materialism; further, they are convinced that the view that mind and consciousness are simply by-products of brain activity is an incontrovertible fact that has been demonstrated beyond reasonable doubt. In his lecture, Dr. Beauregard will present three categories of empirical evidence, related to mind and consciousness, showing that the materialist model of the world has run its course.

Category I includes evidence for which a materialist explanation is often provided, but that could also be seen through a postmaterialist perspective. The phenomena described in this category demonstrate the enormous power of the mind to influence the brain/body (e.g., placebo and nocebo effects; emotional self-regulation; the psychosomatic network; epigenetics). The second category of evidence includes mental events that seem to occur outside the spatial confines of the brain (e.g., psi phenomena), whereas the third category includes mental events that appear to occur when the brain has ceased to function (e.g., veridical perceptions and spiritual experiences during cardiac arrest).

Dr. Mario Beauregard, Ph.D., is a neuroscientist and an author. He has received a bachelor degree in psychology and a doctorate degree in neuroscience from the University of Montreal. He also underwent postdoctoral fellowships at the University of Texas Medical School (Houston) and the Montreal Neurological Institute (MNI), McGill University. In addition, as a researcher, he has worked at the University of Montreal and the University of Arizona.Dr. Beauregard is the author of more than 100 publications in neuroscience, psychology, and psychiatry. He was the first neuroscientist to use neuroimaging to investigate the neural underpinnings of voluntary control in relation to emotion. Because of his research into the neuroscience of consciousness, he was selected by the World Media Net to be one of the “One Hundred Pioneers of the 21st Century.” Furthermore, he has received a number of distinctions for his groundbreaking work on the neurobiology of emotional self-regulation, consciousness, and spiritual experiences.

As an author, Dr. Beauregard has published several books, including The Spiritual Brain, Brain Wars and Expanding Reality. In these books, he demonstrates that mind, consciousness and spirit cannot be simply reduced to electrical and chemical activity in the brain, and that we need to expand our model of reality.

In line with this, Dr. Beauregard actively contributes to the articulation of the new postmaterialist paradigm in science. Moreover, he is one of the founders of the Academy for the Advancement of Postmaterialist Sciences (AAPS).