A video recording of this event is available: Have you been contacted by a loved one who died? Types of ADCs 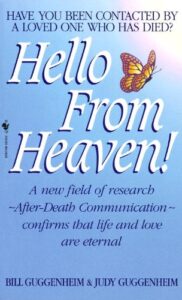 Have you been contacted by a loved one who has died? A Course In Types of After Death Communication with Bill Guggenheim
Saturday, October 16th, 10 am PDT | 1 pm EDT

Is there life after death?  Will we be reunited with our deceased loved ones when we make our transition?  Can they communicate with us now?

Bill Guggenheim and his former wife, Judy Guggenheim, founded, defined, researched, and named an entire new field of human experience that may be as old as mankind.  They termed it “After-Death Communication” and published their findings in their best-selling book, Hello From Heaven!  It’s the first book that was written on this subject, and Bill is regarded as the “Father of ADC research.”

An After-Death Communication, or ADC, is a spiritual experience that occurs when a person is contacted directly and spontaneously by a family member or a friend who has made their transition.  An ADC is a direct experience because no third parties such as psychics, mediums, therapists, rituals, or devices are involved.  And an ADC is a spontaneous event because our deceased loved ones always choose when, where, and how they will contact us.  ADCs can happen anywhere and anytime.

The Guggenheims conservatively estimate that at least 60 million Americans – or 20% of the population of the United States – have had one or more ADC experiences.  And some polls indicate the actual numbers are double these figures, or 125 million Americans.  ADCs are the most common form of spiritual experiences that people have.

During their seven years of research, they interviewed 2,000 people, who were living in all 50 American states and the 10 Canadian provinces.  And they collected more than 3,300 firsthand accounts of after-death communication.  Hello From Heaven! contains 353 accounts of ADC experiences, which cover the twelve major types of ADCs people report, the loving messages they receive, and the affects on the lives of the experiencers.

Many accounts reveal information the people didn’t know – and could not have known – before their ADCs occurred.  In some cases, a person’s life was protected – or even saved – by an ADC, including several who were planning to commit suicide.  Occasionally two or more people were together at the same place and time when they shared an after-death communication.  Hello From Heaven! presents persuasive evidence that ADCs are authentic contacts by deceased loved ones, and not merely “grief-induced hallucinations” based upon wish fulfillment, imagination, magical thinking, fantasies, or memories, etc.

Hello From Heaven! provides convincing, modern day evidence for life after death.  It offers comfort, hope, and healing for those who are grieving the death of a loved one or are fearful of dying.  This book gives courage and strength to everyone who has a life-threatening illness, and it inspires those who are caregivers to the elderly and the terminally ill.

The Guggenheims believe after-death communications are a natural and normal part of life.  ADCs consistently affirm an essential spiritual message:  Life and love are eternal.

“In my mind, receiving a message from a loved one who has died is as common as receiving a greeting card from someone who is living.  It is my hope that this understanding will someday be embraced and shared by all of humanity.”

You can find Bill’s book on Amazon: 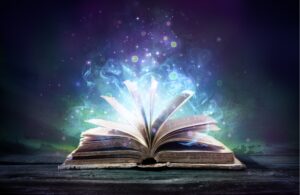