A video recording of this event is available: What Is Happening Now and Why? 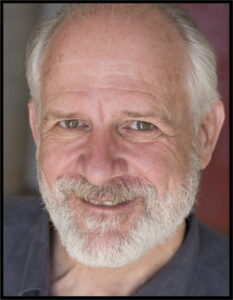 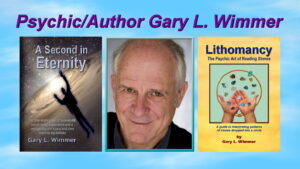 A professional psychic for decades, Gary L. Wimmer had an intense but enlightening and life-changing “near-death” experience (NDE) in 1977 that revealed the Unity that underlies everything. That profound experience still empowers him to this day. He wrote about it in his book, A SECOND IN ETERNITY, available on Amazon and Kindle.

Due to that NDE, Gary considers himself the luckiest of humans. It occurred when, as a pedestrian, he was involved in a head-on collision with a speeding car, then survived completely unscathed and feeling no pain. Upon returning to his body, however, he saw numerous disturbing images of the future. They made more sense over the decades as the events depicted in them took place: heightened terrorism, economic collapses, wars, upheavals in societies, 9/11, massive climate changes, Covid-19, and more. He will discuss his NDE, these challenges, psychic ability, Free Will and empowerment.

Gary’s infectious optimism is based on the inspiring images that he also saw of humankind’s eventual enlightenment, partially due to these intense challenges we all face now and into the future. In addition to offering accurate psychic and spiritual insights, Gary helps others recognize where they do have power, how much they have, and how to manifest it accordingly via commitment and practice. Visit Gary’s website – http://lithomancy.com – for more information about him, his books, his contact info, how he gives readings, his reviews, interviews, and more.

Gary is also the author of LITHOMANCY, THE PSYCHIC ART OF READING STONES, the only comprehensive book on this revealing methodology he uses, also available on Amazon and Kindle. 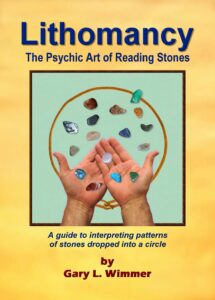 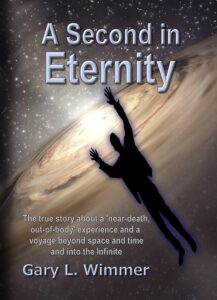 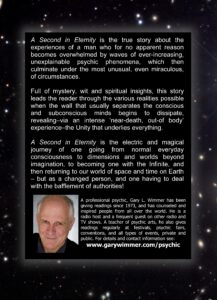 The third of seven sons, Gary was raised Catholic, but started studying the works of psychics like Edgar Cayce and Madam Blavatsky during college (1965-1970). With the encouragement of some gifted psychics, Gary started giving readings in 1973. In February of 1977, he experienced a sudden shift in consciousness and started becoming increasingly more psychic, minute-by-minute and second-by-second. Within a day or so the intensity escalated to the point where he could no longer remember what ‘normal’ life was like.

After a week of vacillating between indescribable euphoria and intense fear, he was hit head-on by a speeding car while pacing down a crowded sidewalk. He instantly left his body, felt amazing bliss, sped through a ‘tunnel of light’ as often described by others, became one with Infinite Mind, the source of all possibilities. He experienced ecstasy and beauty beyond description for what seemed like an eternity, then returned to his body, sprawled out on the chaotic street, bewildered, but not hurt or feeling any pain.

Since that miraculous night, Gary has considered himself one of the luckiest of people, especially upon it being revealed to him months later ‘why’ he had got that voyage. Prior to it, Gary did not believe any human could actually “go there” and return. Suddenly, he knew otherwise, as do other people who have had a near-death experience (NDE).

He wrote about his NDE in his book, A SECOND IN ETERNITY, available on Amazon and Kindle. He has worked as a musician, writer and actor, and as a professional psychic and spiritual counselor for decades.

This Event is being recorded and will be available for viewing approximately 48 business hours after the event. The recording is included free with your RSVP to the event.