A Resistant Atheist’s Path to Becoming: The Accidental Medium with Louisa Peck

Louisa Peck was raised atheist with a disdain for anyone who believed differently. Louisa died from an overdose and encountered a being of immense, indescribable love. In denial, it took two decades of paranormal events to change her mind.

A Resistant Atheist’s Path to Becoming: The Accidental Medium
with Louisa Peck

Raised atheist with a disdain for anyone who believed differently, Louisa Peck had just graduated from Vassar College when, in a Manhattan night club, she snorted a gram of lidocaine sold to her as cocaine and suffered a cardiac arrest. Her NDE progressed from a symbolic landscape into the heart of the sun, where she encountered a being of immense, indescribable love. Sent back against her will, 22-year-old Louisa found herself unable to face the ridicule from her family, society, and her own rational mind entailed in acknowledging the reality of her NDE — not to mention a reason to stop drinking. Instead, she chose to deny her NDE’s reality. Despite striving with all her will to remain atheist, Louisa experienced over a dozen paranormal events in the next two decades that changed her mind. Today, hearing regularly from her guardian angel and occasionally from deceased loved ones, she refers to herself as an “accidental medium.” 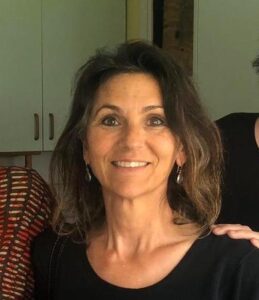