How Can NDE’s Be Real If Having One Means You Are Crazy?

“But was it real, Dr. Morse? Because if it was, then you have to tell all the old people.” — NDEr Chris Eggleston, age 8! Presentation by best selling author, pediatrician Dr. Melvin Morse sponsored by Seattle IANDS.

“But was it real, Dr. Morse? Because if it was, then you have to tell all the old people.” — NDEr Chris Eggleston, age 8!
Presented by Pediatrician, Melvin Morse, MD
sponsored by Seattle IANDS 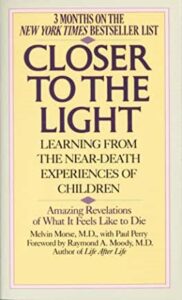 Near-death experiences (NDE’s) are real. The scientific evidence is clear. Far from being hallucinations, they are the final messages of our brains at the end of life, giving us a brief glimpse as to what is next to come.

For too long, we have dismissed these extraordinary spiritual experiences as artifacts of a dying dysfunctional brain. If we knew that we can trust the science that tells us that NDEs are real, we could trust the message of the NDE and transform our lives.

We are spiritual beings living an earthly life to learn lessons of love; as a medical scientist I can confidently state that this is a scientific truth. But science can only take us so far. It was my own spiritual experiences that led to my having faith in the science, faith in myself, faith that I too am a piece of the light that Einstein tells us is ultimate reality. 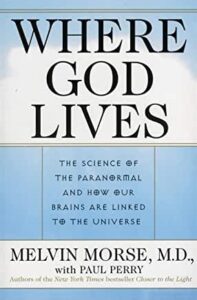 Biography:
Melvin Morse, MD, is an acclaimed Pediatrician and author of books on near-death experiences and the spirituality of death and dying. He was an Associate Professor of Pediatrics at the University of Washington for 20 years. His international best seller Closer to the Light describes the near-death experiences of children.

He followed this up with Transformed by the Light, Parting Visions, and the award winning book on the neuroscience of spirituality Where God Lives. He has published articles and won awards for his research on spiritual healing, remote viewing and other aspects of human consciousness.

He lives with his wife and teenage daughter in South Carolina and is co-director of the Recidivism Prevention Group which successfully treats addicts and ex-offenders through mediation and other techniques. His current research involves practical applications of the transformative power of mediation, applied remote viewing and Kundalini Yoga.