Dr Claude Swanson – Science of The Soul, The Afterlife, & The Shift

Dr. Claude Swanson has recently published the 3rd book in his Synchronized Universe series, The Science of the Soul, the Afterlife and the Shift, the result of an eight-year comprehensive investigation into the nature of the soul and the afterlife. This is a don’t miss opportunity to observe an open scientific study of consciousness demonstrating a spiritual reality.

Interspersed in an award-winning conventional career in applied physics, Dr. Claude Swanson, an MIT and Princeton University classically trained physicist, has pursued “unconventional physics” as an extension of the domain of theoretical physics.

Dr. Swanson’s principal interest has been unified field theory, the so-called “Theory of Everything” which could explain the universe at the deepest possible level. This led him to investigate many aspects of the paranormal, which appear to be completely real phenomena which violate our present science. Paranormal phenomena offer a window into the deeper universe, the mysteries of consciousness, and unlock new forces and principles which conventional science has only begun to glimpse. For example, it has been found that signals can move much faster than light, and human consciousness and even human influence, can move backward and forward in time. Science fiction concepts such as teleportation and levitation seem to occur in reality in paranormal events, and offer powerful evidence that this will be the new frontier of science. 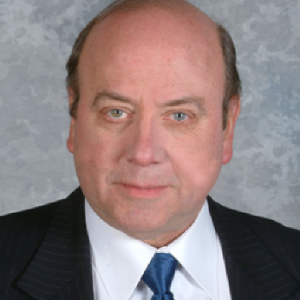 Claude has recently published the 3rd volume in a series of books addressing these concepts. In Volume I: The Synchronized Universe summarized some of the new discoveries of this emerging science and went even further in Volume II: Life Force, The Scientific Basis: Breakthrough Physics of Energy Medicine, Healing, Chi & Quantum Consciousness. Claude has now published VOLUME III: The Science of the Soul, the Afterlife and the Shift.

This book is the result of an eight-year comprehensive investigation by Dr. Swanson, into the nature of the soul and the afterlife. What happens when we die, and what happens afterward? What is the scientific evidence? Is the soul real? How can there be consciousness or memory or ANYTHING after the body is gone?

This investigation involved a wide variety of types of EVIDENCE that life continues after death. Dr. Swanson describes more than ten different, independent types of experiments that show that consciousness and the soul survive death. There have been recent scientific breakthroughs that enable us to communicate with these realms at a much deeper level than ever before. We are finding that it is our true Home and Identity. It is the key to understanding higher consciousness and our Purpose in Life.

This is a don’t miss opportunity to observe the unifying nature of an open scientific study of consciousness demonstrating a spiritual reality.

To buy one of Claude’s books, in addition to this webinar, please visit his website: Amazon.com : Claude Swanson