Memories of Eternity: Life. Death. Then What?

Jack will postulate that the quantum environment he experienced in death consciousness answers many possibilities about life on Earth.

Memories of Eternity: Life. Death. Then What?
with Jack Bybee

Jack postulates that the quantum environment he experienced in death consciousness answers many possibilities about life on Earth.

“Death tends to be a life changing event,” as Jack Bybee discovered en route to the 1972 Munich Olympics, from apartheid South Africa. Jack deviated ever so slightly after becoming seriously ill, landed on The Other Side in Death Consciousness. The the path less traveled seems to have become Jack’s mantra-at least for this lifetime.

After regaining consciousness, and as his body was being wheeled to the hospital morgue, Jack woke and began asking questions. “Where have I been? Where are all my friends? Where is the light?” And then asking his RN, “When can I return to the light?” To date, Jack has not stopped asking questions. Many questions he has asked have, miraculously, has answers as well-many thanks to IANDS. Based on his near-death experience, these answers are expanded upon in his forthcoming e-publication Memories of Eternity. The publication date for the e-book is scheduled for the end of October 2021. 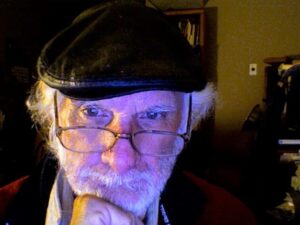 A short interview with Jack: 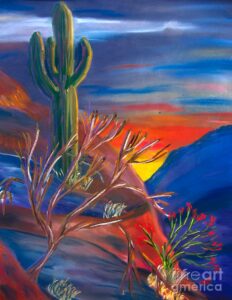 Metaphysically, that might take lifetimes to answer; however, I am a survivor. A survivor of what, one might ask?

My answer: A survivor of the negativity of apartheid; of double-pneumonia which allowed for a near-death experience; of New Jersey/New York materialist attitudes; of a sixty foot fall/slide at 19,900 feet in the Himalayas – heading toward a black void…! I’m a survivor. Other than that, I am a technical bookseller, been in publishing all my life, published computer book review columns in Computer Shopper and Computer Monthly. This led directly to technical communication/writing.

I am a father of a 29 year old, U.S. State Department career diplomat taking up a posting in Germany shortly.I am an artist (or like to think of myself as such). I work in ink, oil, pastel and am just teaching myself encaustic (beeswax). I am… (artwise) on www.redbubble.com.

Where, when and why did you move abroad?

I left the most beautiful country on the planet due to the political system then known as apartheid.

I moved from Cape Town, South Africa to Knoxville Tennessee, USA, on August 22nd, 1982. I landed at J.F. Kennedy International, on August 23rd, 1982, having been promised work in a bookstore (in my field) at the World’s Fair. Then on to Atlanta, GA., where I obtained work as a technical bookseller, creating what became the largest computer, business, and scientific book section in the South East USA, in Atlanta, GA. just at the start of the computer era.

What challenges did you face during the move?

Leaving Cape Town in cold, pouring rain, in a typical cape of storms downpour, and dressed to keep warm with sweaters, fur coat etc. and arriving at Kennedy International, New York City , on a humid August morning in the Northern Hemisphere – dressed for chilly winter weather. Thereafter, it became challenges such as language (no, they do not speak ‘English’ !), traffic on the “wrong” side of the road, extremely “funny” money – smaller pieces are often worth more than larger pieces, but over and above everything else, it took me nearly 5 years, to modify my non-verbal communication (body-language).

How did you find somewhere to live?

To fulfill my contractual obligations I arrived a week early – after a 14 hour flight, into the Northern hemisphere, and a strange culture – and began work the very next day (August, 23rd) at 07:30. I survived – just.

An administrative person in the company I was working for heard that I planned to stay at the YMCA, she insisted I cancel, and basically took me under her wing, for two weeks, until I was able to find an apartment of my own. She helped with finding the apartment as well. The apartments, to my amazement had been especially constructed for the World’s Fair.

Are there many other expats in your area?

There are a number of South African ex-pats in Tucson, due mainly to the climate, which is dry heat, much like South Africa. However, many came for exactly the opposite reason of why I did. That is, when apartheid was abolished, they could not tolerate a legitimate government, by the African majority. This type of ex-patriot I do not tolerate well – at all. Mainly from what was known as the Transvaal and Orange Free State, this type of individual makes life especially difficult for someone like myself, trying his absolute best to put a good face on a country that does not deserve to have the negativity of an obnoctious political system adhering to it forever.
What is your relationship like with the locals?

On the whole, I find most locals are reasonably amiable, especially when at a watering hole with a decent local beer, and they insist on buying – things can be most amiable.

I find that the basic education level is far lower than I expected. After all, we “put a man on the Moon, and returned him safely to Earth….” ‘Is that not the sign of an intelligent society?’ I queried. Especially, I have to work hard to find what I regard as “intelligent conversation”. Being geographically challenged can lead to some hilarious and sad conversations. It seems to me, the America psyche demands to become an empire, yet they do not know where the countries are, nor anything about the countries, that they wish to control. Reads a bumper sticker: “War is God’s Way of Teaching Americans Geography.”

What do you like about life where you are? 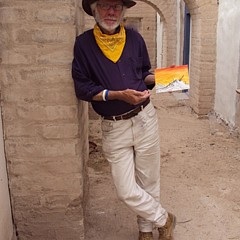 The fabulously creative environment that the vibrations of the Sonora Desert and the pulsating artist community brings out the ever increasing creativity in myself. While I followed an Impressionist around my home town in the Western Cape of South Africa, I only seriously applied myself as an artist, once having reached Tucson. Why? See the above description, but purely, due to what Americans so aptly describe with a shrug of their shoulders as ‘circumstances’.

The incredible opportunity of the USA. But it is opportunity that often needs capital. And similarly, I have discovered that that most illusive of concepts, freedom is tied to the size of your bank-balance.

What do you dislike about your expat life?

Very, often having to satisfy the curious, yet geographically challenged American in answering: “Where is your accent from?” My immediate, though rather arrogant, answer is that I do not have an accent – I’ve spoken like this all my life. As far as I am concerned, it is ‘you lot who have the accent, not me.’ This defence was thrown up after 9/11 and the Patriot Act which put most with an accent under suspicion of being a terrorist. Only too often was I asked, yes, if I was a terrorist – which, let me hastily add, I am not. To this day, I wonder what would have happened if I had ventured a factitious “Yes. Want to come watch me light a fuse somewhere?”

Another aspect I find is not so much the inability, but the unwillingness (laziness?) to communicate. It is the major reason why I got into technical writing.

The fact that, as one manager of a bookstore put it to me, “You’re new to the US [as I was back then] but to understand America, you must understand that here, very little happens where money is not a major motivating factor.” Amen.

What advice would you give to anyone following in your footsteps?

Establish a viable, reliable and financially secure network of contacts before you leave your homeland. Should you decide to buy or establish your own business in the US; should you decide to invest in land, in technology etc. etc. having a good credit score, when you are basically an unknown, and could remain that way for a good while to come, is a most comforting and useful instance – an instance I wish dearly I had.

What are your plans for the future?

Bearing in mind that ‘the future’ is the only tense that can be planned for, I am working hard in establishing myself as firstly a two-dimensional artist, working in oil, ink and pastel, whilst trying to market writings of my near-death experience. Survival, per se, continues. Teaching art, helping others understand their own mortality (or immortality) as the case may be, and generally putting one foot in front of the other, to eventually reach the summit of the peak – which is truly what life is all about – discovering how to reach the summit – and on the way up, discovering more about yourself, and your Self, as you reach for the view from the summit. 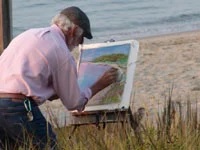