A Song in the Wind with Sharon Milliman

Sharon Milliman has published three books on her multiple Near Death Experiences and subsequent spiritual journey. She will share her fantastic journey in the after life and the insight she was given.

A Song in the Wind with Sharon Milliman

Sharon shares the transformational path of her life that unites the messages from four near-death experiences to describe this earthly journey and finding its best values.

Sharon’s first of four near-death experiences occurred at the age of 13, when she drowned while taking swimming lessons. Sharon was struck by lightning four times over the course of several years. The fourth lightning strike resulted in her second NDE which occurred in 2005, when she was struck while talking on a cordless phone during a storm. Her third NDE occurred in November of 2016 while she was undergoing emergency surgery and her fourth occurred in December of 2017 due to an adverse reaction to seizure medication.

Sharon has been a guest on several radio shows, as well as YouTube interviews and podcasts. Most prominently, Sharon was featured on The Dr Oz Show which aired February 15,2019. She was also featured on The National Geographic Channel in a show titled ‘Return from the Dead’ about Near Death Experiences which aired on April 17, 2016.

Sharon has presented as a guest speaker at a number of spiritually oriented groups, including IANDS and various Churches, Hospitals and Hospice groups.

She is the author of three books, “A Song In The Wind, A Near Death Experience” , “The Whispers In The Wind, A Poetic Journey Of The Soul” and “A Rose From Heaven”.  All of her books can be found on Amazon.

A Song In The Wind, A Near Death Experience 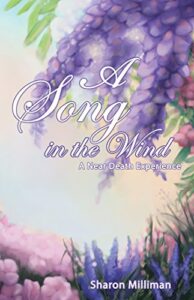 In her book, Sharon Milliman talks about her first two Near Death Experiences and subsequent journey of spiritual growth. In sharing what lies beyond death, Sharon passionately shares the ultimate and ever present love of God. With one foot planted in the spiritual realm, Sharon shares many amazing experiences involving God, Jesus, angels and spiritual guides. Learning volumes, Sharon connects their teachings to her own family, relationships, pain and triumphs. In this shared journey, she invites you to see the miracles in the ordinary and the extraordinary. Through her journey she invites you to open your heart and quietly listen to God’s song in the wind. 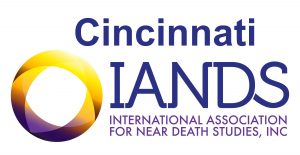